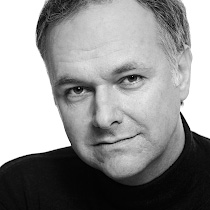 I was born and grew up in Toulon in southern France. On my 18th birthday the doors to photography opened for me when my aunt gave me a camera. A real, single lens reflex camera. In 1987 I moved to Berlin, and two years later the wall came down right in front of my lenses. I was in the right place at the right time and made the most of the situation by leaving my job and becoming a professional photographer. After a visit to Paris I began working for Libération. Commissions with other French magazines, such as Le Point, l’express or Le Nouvel Observateur, followed. At the same time I became a correspondent for the international photo agency Sipa Press. In 1992 I joined the photographers at G.A.F.F. and began to work for German magazines like Focus, Der Spiegel or GEO, doing long-term documentations on the evolvement of the new Potsdamer Platz and the rebuilding of the Museumsinsel in Berlin. In 2003 I changed over to Agentur LAIF. Increasingly I have come to work in the corporate sector for businesses and institutions.